Today a group of friends came out to kick start construction.

I started inventory while people arrived. Peter finished that up for me, nothing appeared to be missing.

Peter, with a background in drafting, was also very helpful in helping me read the plans.

Before we could put up the first column, we had to clean up the rough spots where the bolts were sticking out.

The first section to go up was the far end, so we moved materials out of the way and started assembling the end rafters and columns on the ground.

We lifted the assembly into place with the help of the forklift.

We then added bracing so the structure wouldn’t fall when we moved the forklift away.

Bolting the center column to the rafters 20 ft above the ground was very challenging for me. Adam volunteered to do it, shot up the ladder like a bolt, man-handled the beam into place and came back down just as fast. Very impressive.

Something seemed off, so we measured a few things and discovered some of the bolts in the concrete were misplaced. We had to cut them off, drill holes and place new anchor bolts. Adam, who was far more prepared for this job than I was, thankfully had the tools and bolts in his work van.

The next section went up similarly to the first. However, it being a clear-span section, the steel was much heavier.

More bolts were in the wrong place. It turns out the concrete guys removed the bolts when pouring the concrete and didn’t put them all back correctly.

To stabilize these columns and rafters we needed to add some purlins. We were able to use a ladder for the lower ones. The top purlins, however, were quite a challenge. Adam volunteered to install them while standing on a pallet held up by the forklift.

We also added some girders, which went up quickly.

We were able to get all the purlins for the first section in place before dark.

Lots of issues cropped up throughout the day. Most were avoidable if I were more prepared. I got pretty stressed out at times, but thankfully I had a lot of good friends to step in and help me out. Adam, Alvin, Andrew, Brett, Dave, Joe, Lindsey, Liz, Macy, Mark, Marybeth, Melissa, Peter and Will; thank you all sincerely for the help. 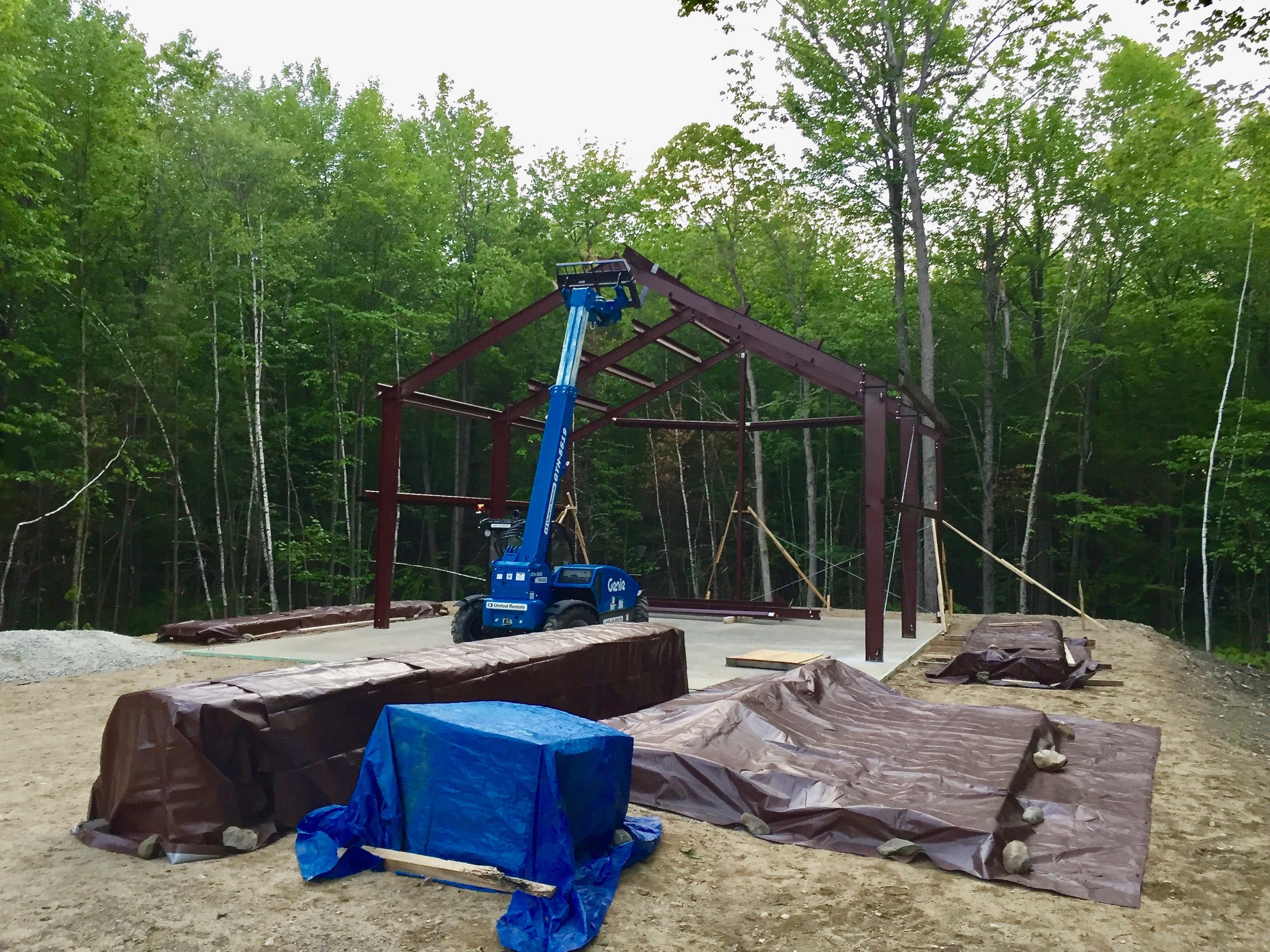