Today we got some of the insulation and panels for roof up.

The roofers found the screws provided with the kit were impossible to use, so I ended up running to the store to buy the roofers some better ones.

Just like the walls, the insulation had to be laid down first, but unlike the walls they had to also attach and work around special brackets that hold the standing-seam roofing panels down.

Though it was slow starting out, they got about half done, which I believe is about what they estimated. 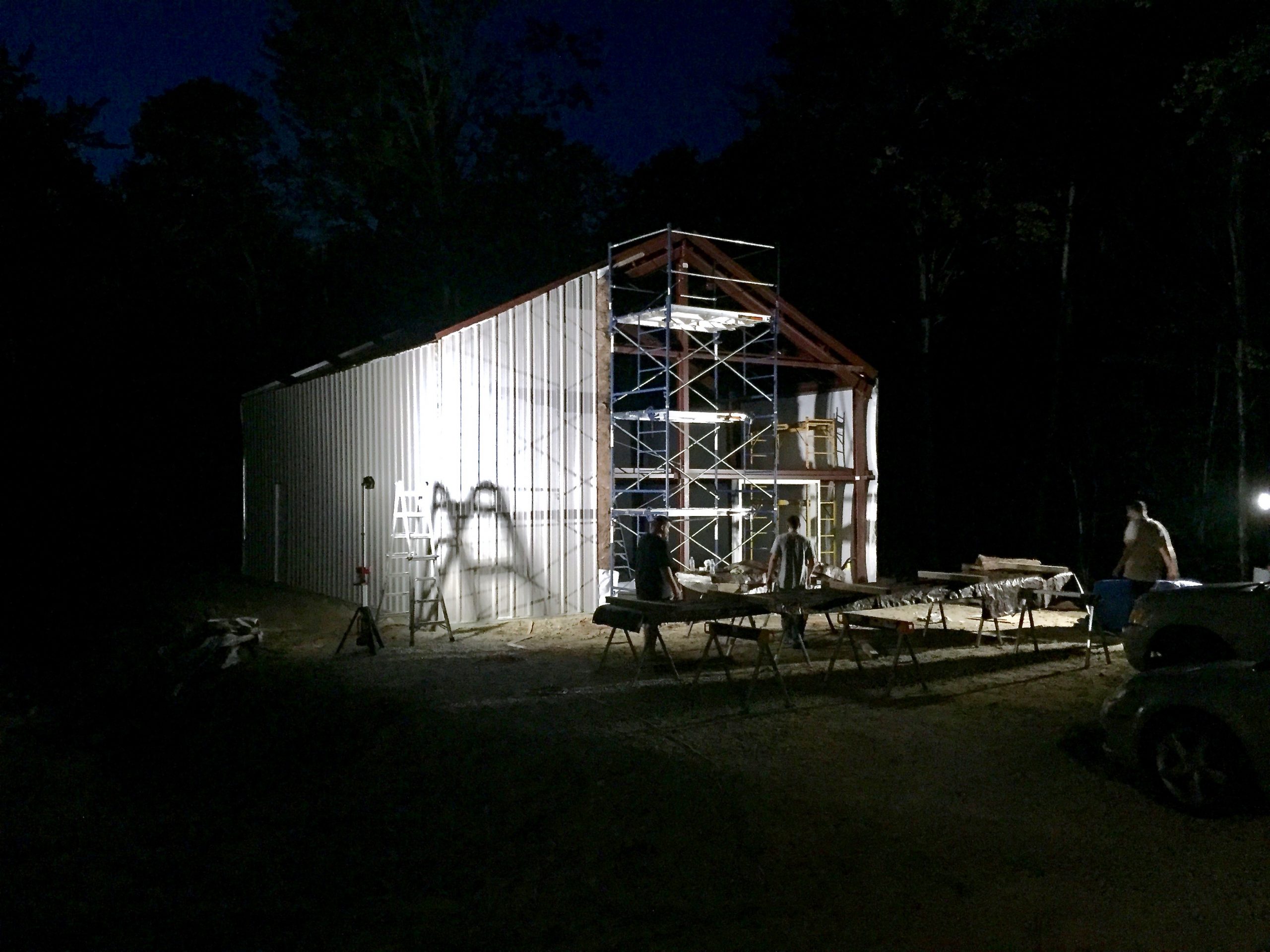 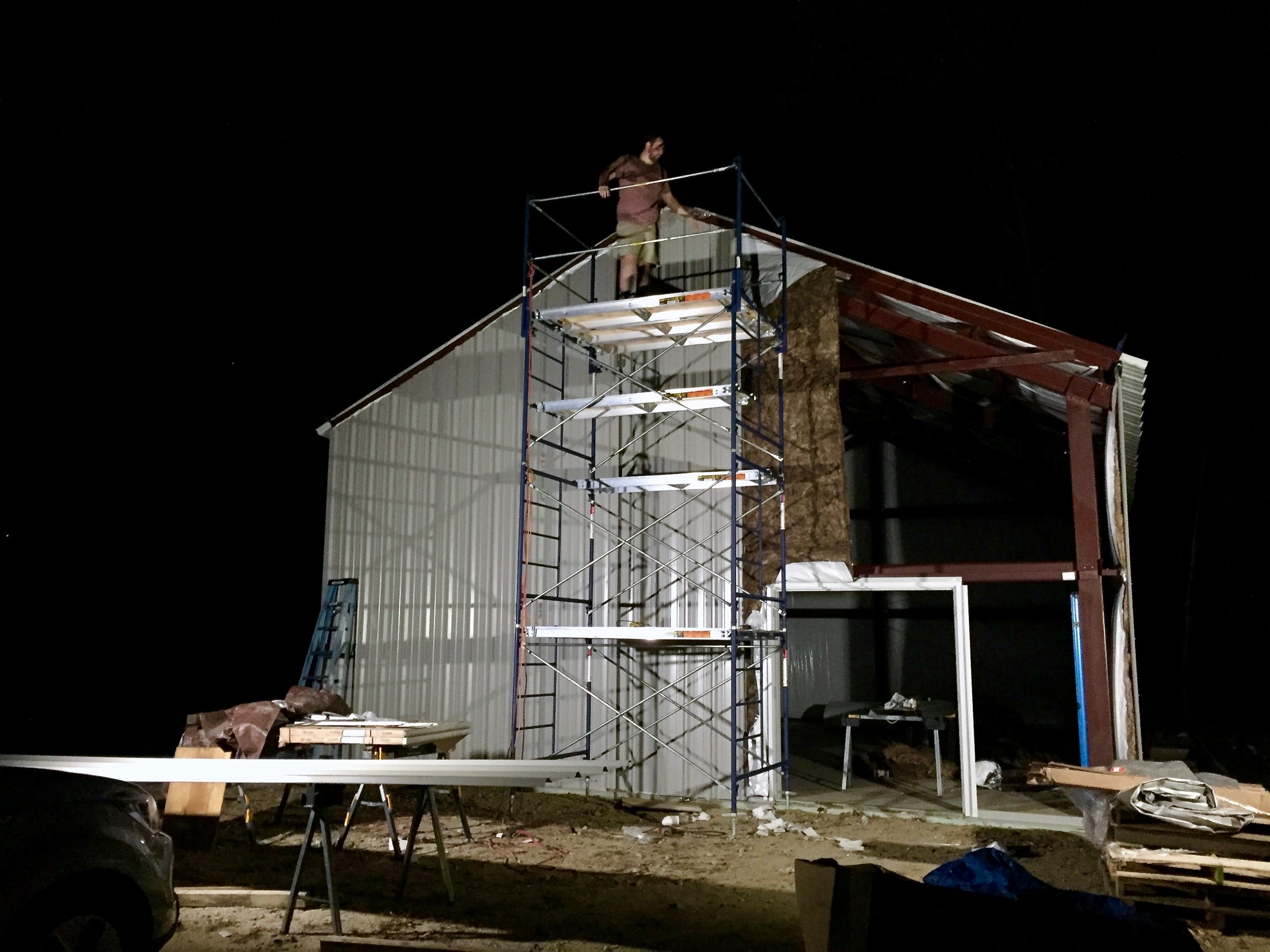