Peter designed the monolithic slab, which isn’t as common in New England as slabs with a 4 ft frost wall, but certainly easier to construct.

Because it was colder than expected, the concrete took longer to set up and finishing went more slowly.

The final finish had to be done by hand, after sundown, by the headlights of their work trucks and a small LED work-light I rigged up on a ladder.

The next day the forms were removed and insulation was added to the perimeter of the slab.

The slab will be exposed all winter so a coat of sealant was applied to help prevent freeze damage. 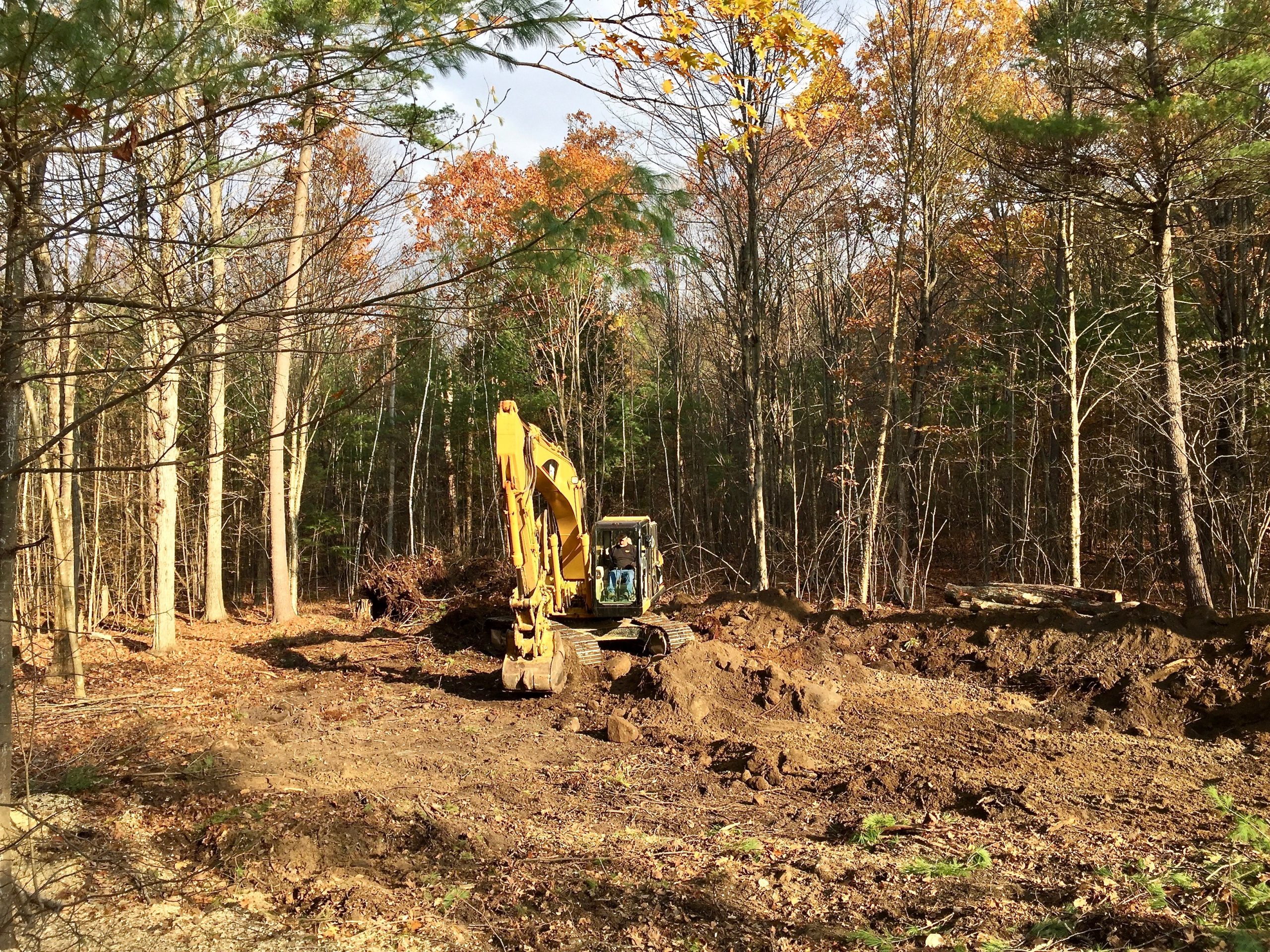 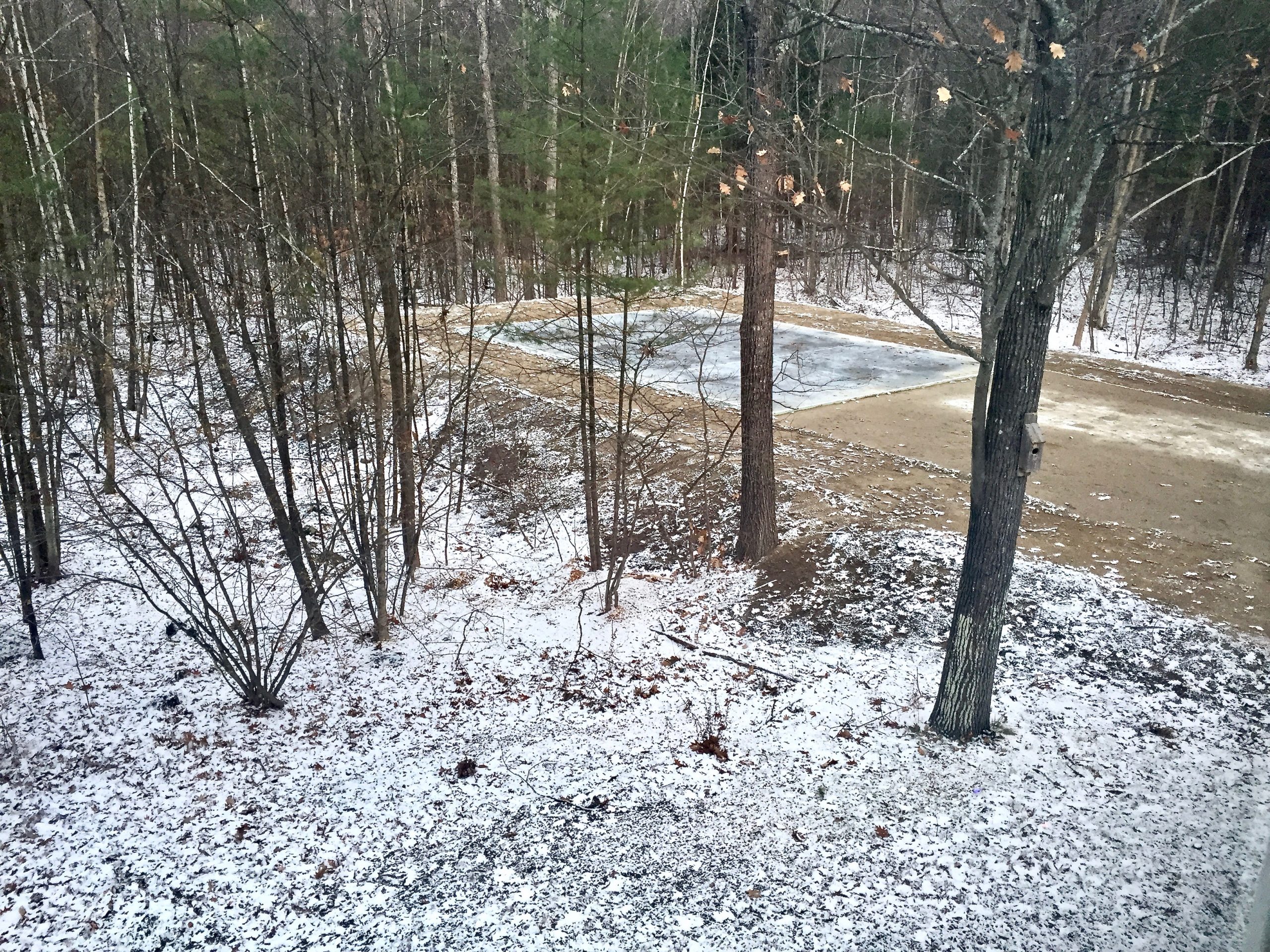