Over the past few weeks, I’ve been wiring up outlets.

First I went around and placed all the boxes. This often required removal of nearby closed-cell foam, which slowed me down.

I then drilled the cable routes, which again, required more foam removal.

There were some routes that were tricky, as they needed to pass through multiple consecutive corners.

For pulling wire, I invested in a special tool for feeding wire from a spool.

Because I placed the wire routes carefully, they ended up lining up nicely making them easier to pull.

While there are some single outlets that share a circuit with another, most two-gang boxes have their own home run.

Many of the wires were routed through the soffit and down toward the panel.

In the loft, one set of outlets are switched, which made the layout a bit more complex.

The outlet placement is again symmetrical from left to right.

I added an outlet in the loft floor under where the couch will go.

I also ran power to an exterior junction box for the heat-pump outdoor unit.

This type of box has a safety shutoff, but not a breaker.

I then wired up the smoke detectors.

Finally I placed the remaining can lights and then wired those up as well. 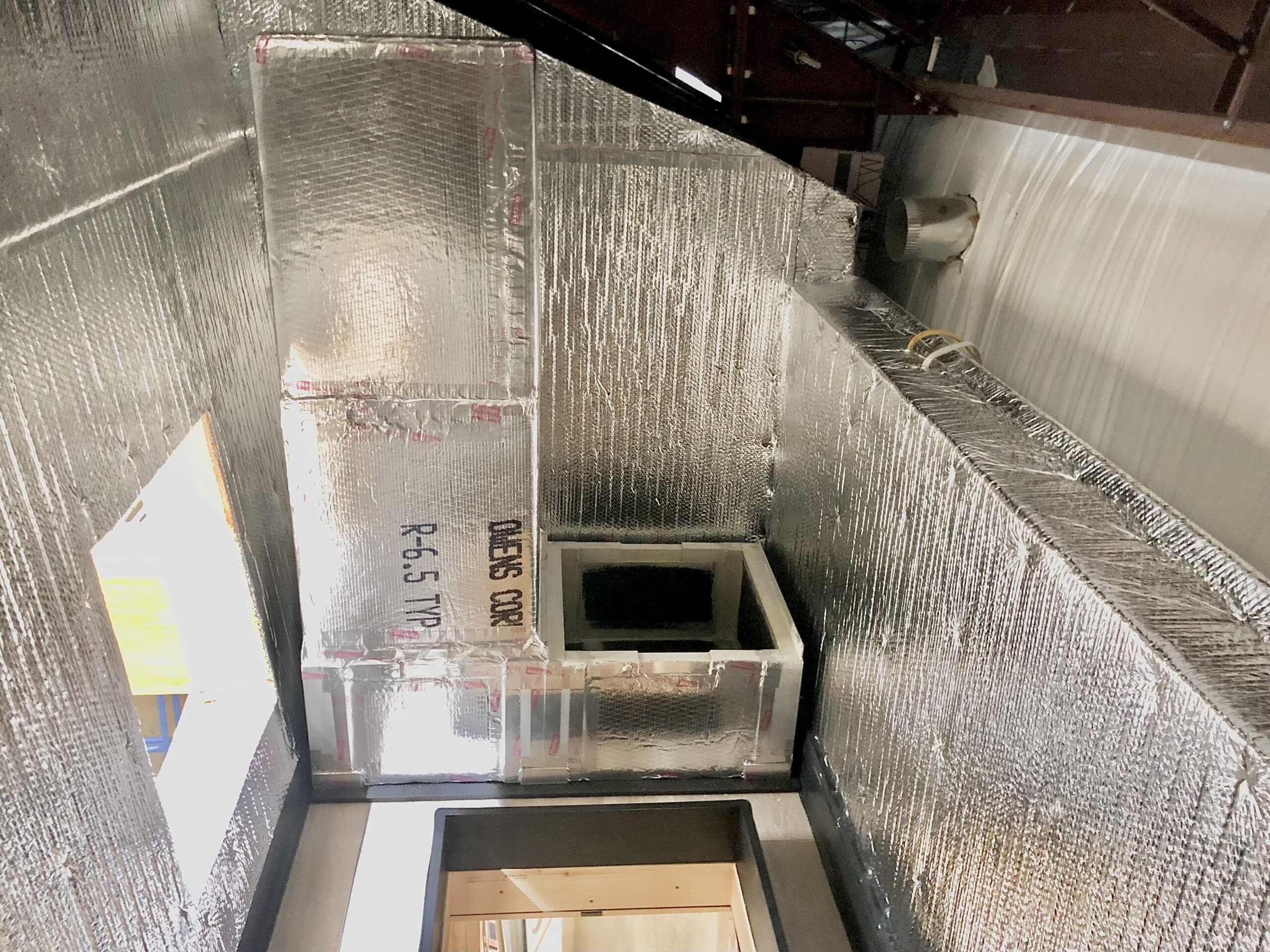 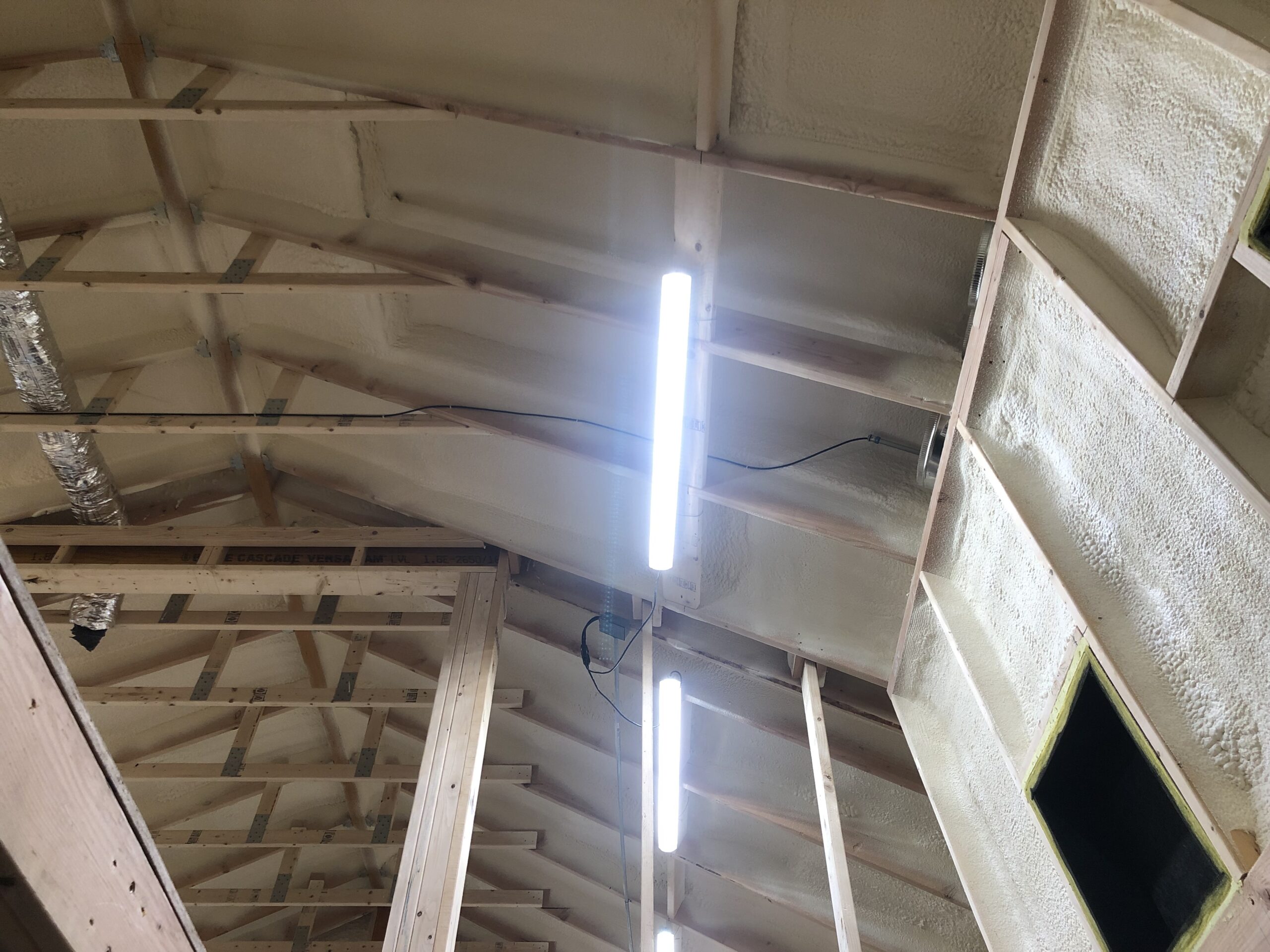