This past week we got back to work on the rafter sheathing. Upon inspection of the half of the ceiling already completed, it was clear that the metal HVAC tape we had used was coming up already. So, before we could install the other half of them, we first had to re-tape the ones already up. This time we used 6″ wide flashing tape, which is used to seal around the exterior seams of windows and doors.

The next challenge was that closing up this area would leave only a very narrow passage to escape the confined space between the inner and outer structure.

After considering many options, we decided to see if Ryan could fit through the space above the steel rafter and below the exterior insulation. Knowing that he was able to escape, we started placing, attaching and taping up panels.

The space between the sheathing boards and the steel tension cables was especially narrow. Ryan attached the drill to his body with a rope to avoid losing it while maneuvering.

I have 2 weeks to get ready for the closed-cell spray foam insulation to be applied to the ceiling and other miscellaneous spots that were skipped the first time. 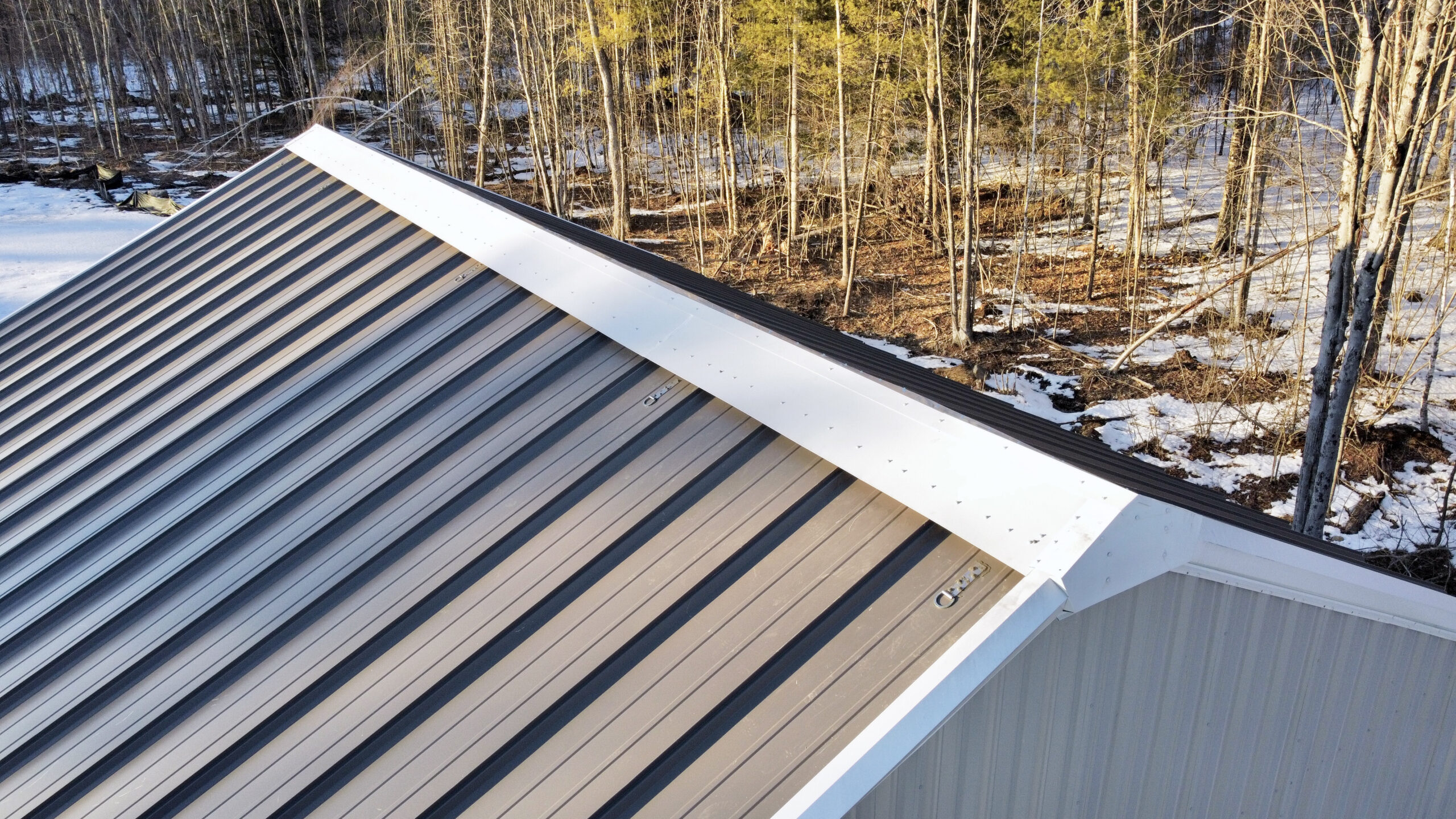